Considering how technical that last post got I thought I should add something more easily digestable. Like the current side project I have where I’m creating my own game controller! Why would one ever want to do that you might ask.

Well, I have always been fascinated by game developers who’ve created special controllers for their games, it adds something to the experience. Here I’m creating a controller but I don’t have a game for it though but it would be awesome to have as a game jam theme. That and I was itching to do a soldering and woodworking project. 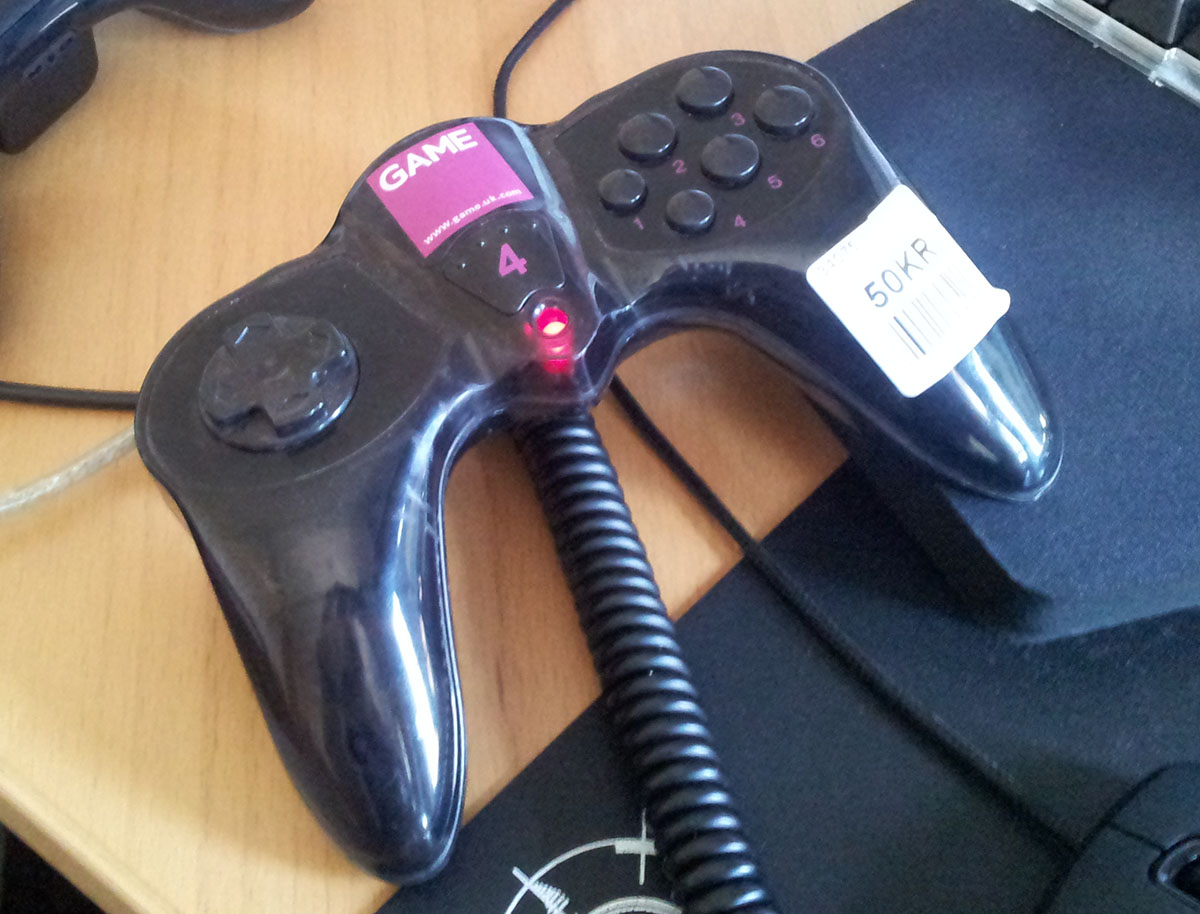 I didn’t want to have to fiddle with creating my own circuitry so instead I found a used old gamepad at a second hand store for about 6 dollars and I butchered it to get at the circuitry inside. It didn’t have to be an especially good controller, the circuit is digital so it either works or it doesn’t and I was going to swap out the cheap buttons anyway. I opted for a controller with only digital switches so as you can see, the gamepad only has buttons and a directional pad (which are buttons in disguise really). 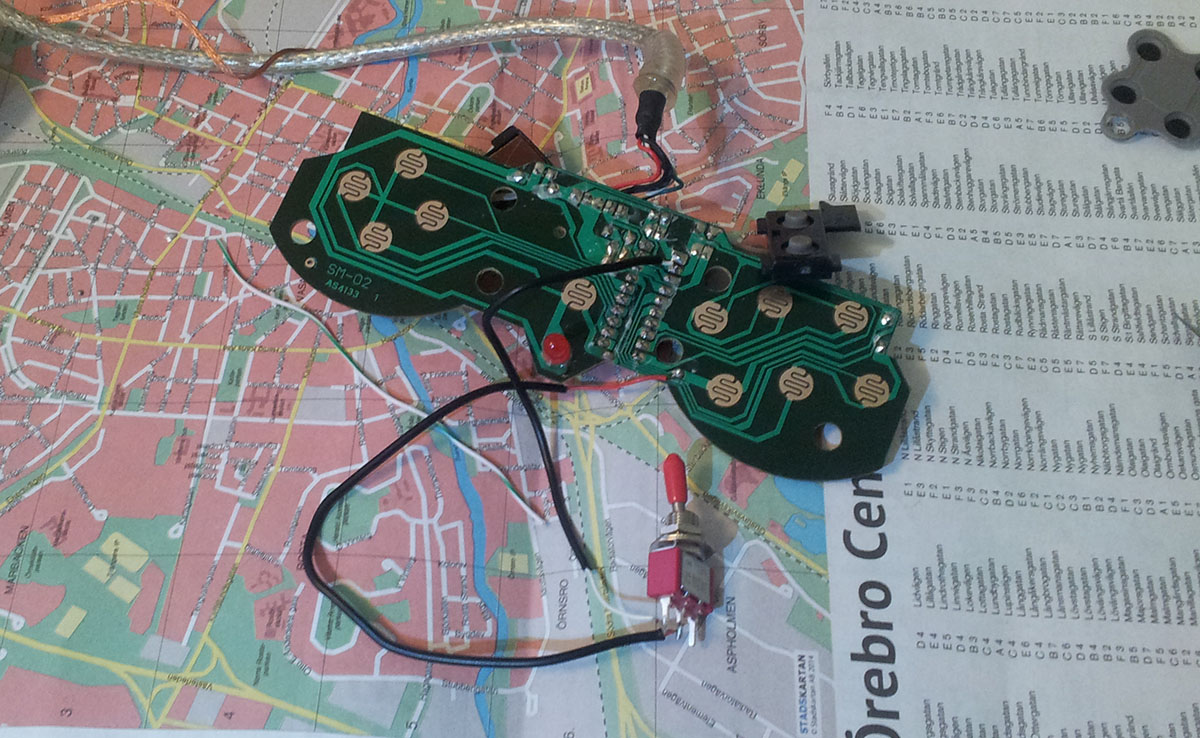 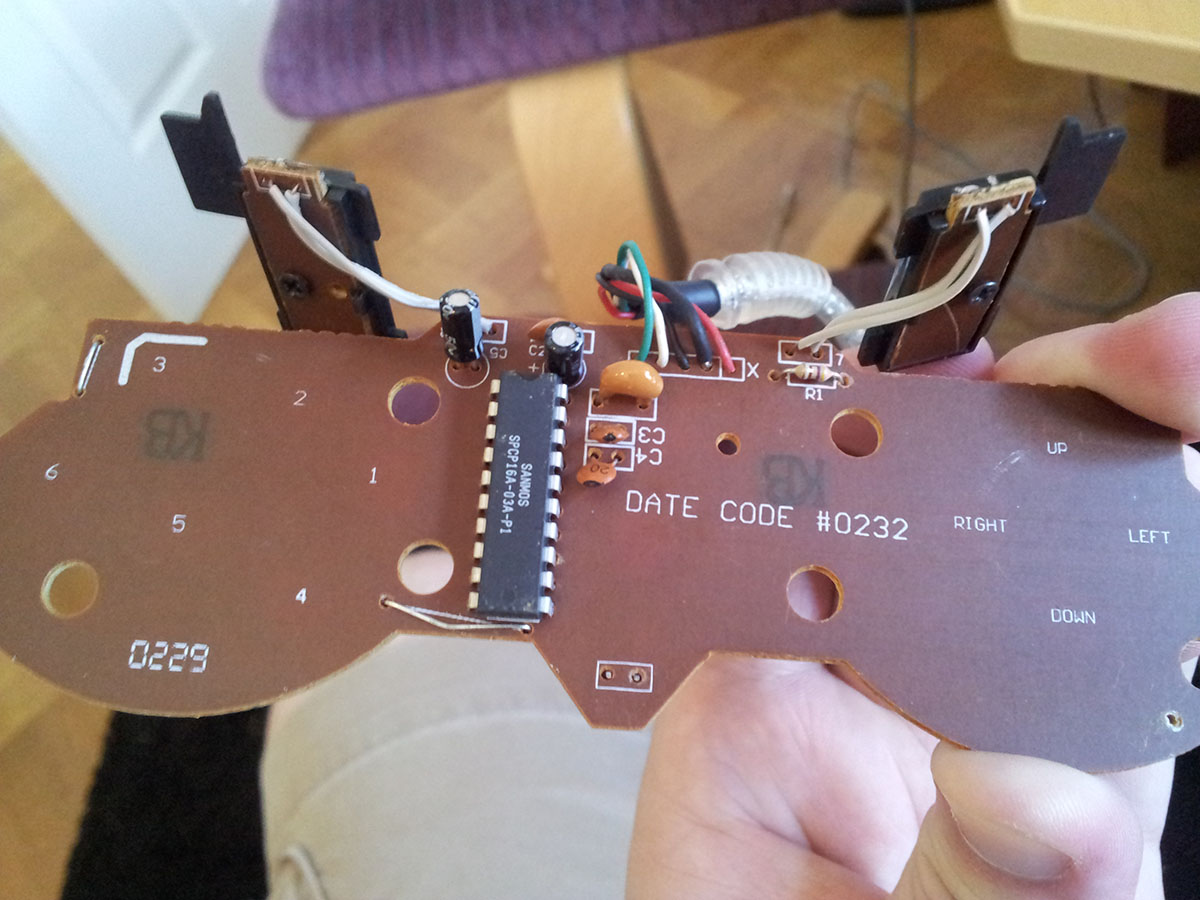 I’ve always been a big fan of nice, physical switches that have a distinct trigger point so the idea was to swap most buttons for switches and maybe have two normal buttons. And the board supports 8 normal buttons and 4 directional, turns out the direction pad is exclusive so you can’t activate both left and right or up and down and hope to get individual outputs. So discounting two directional buttons I have 10 inputs. I had to make sure it would work though so I made a small test board where I could mount the switches and it worked perfectly (except for previously mentioned directional problem). 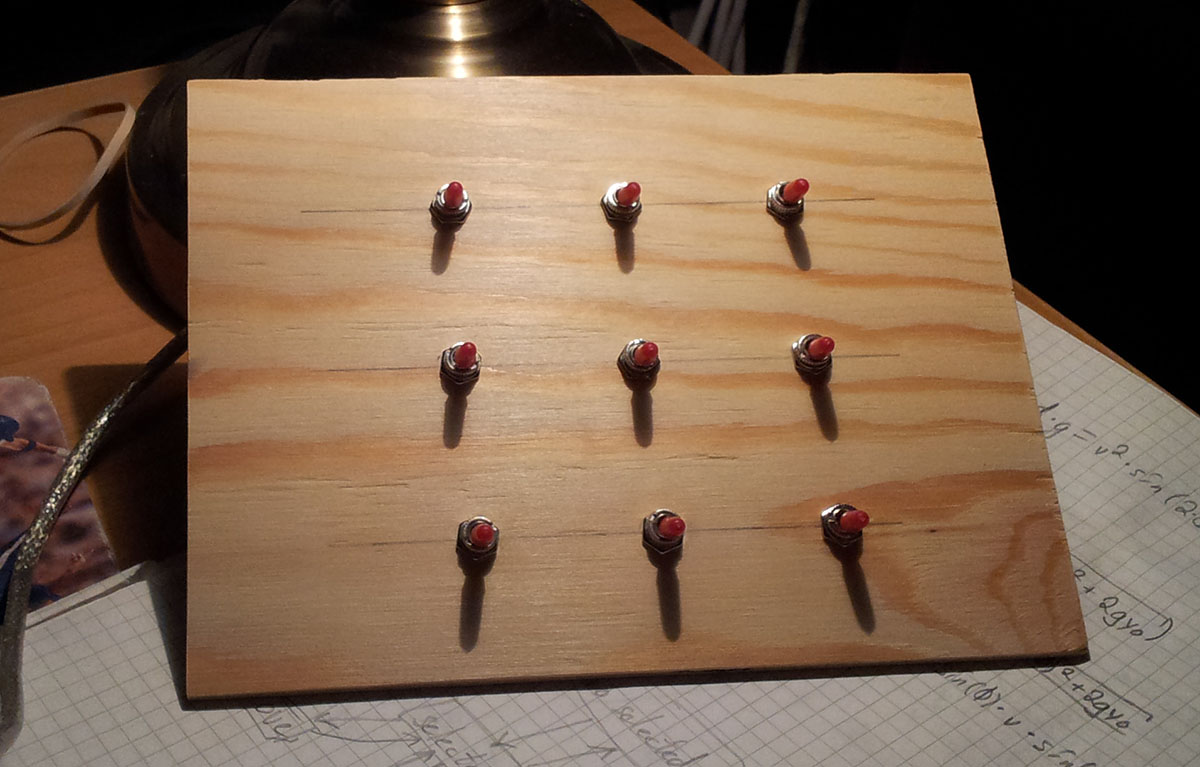 All the switches in their glory 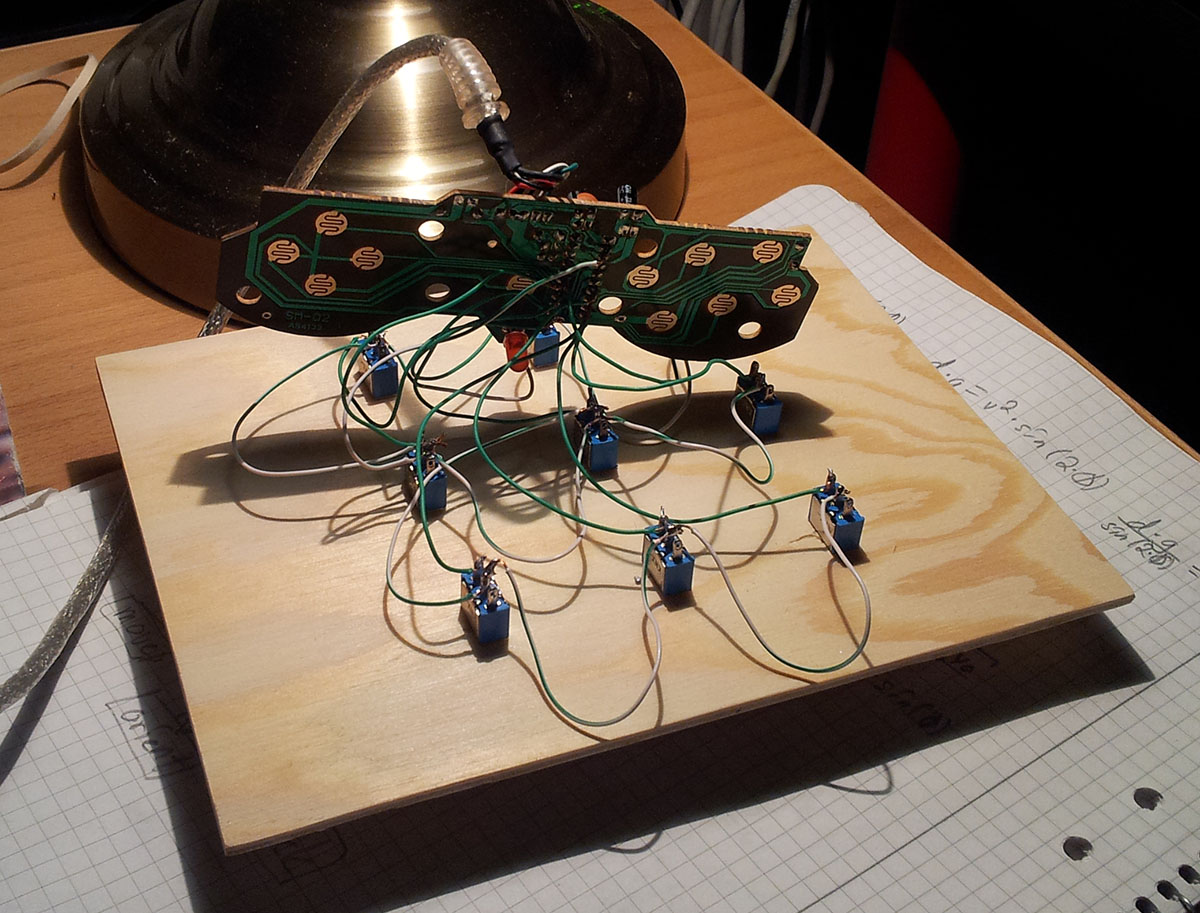 The tangle of wires behind it all

I got a nice discount on the switches but I also ordered a couple of nice arcade buttons and LEDs that I’m going to use. I’ll go into more detail on the final design of the controller next time. It’s not going to look like a normal gamepad though, believe me.