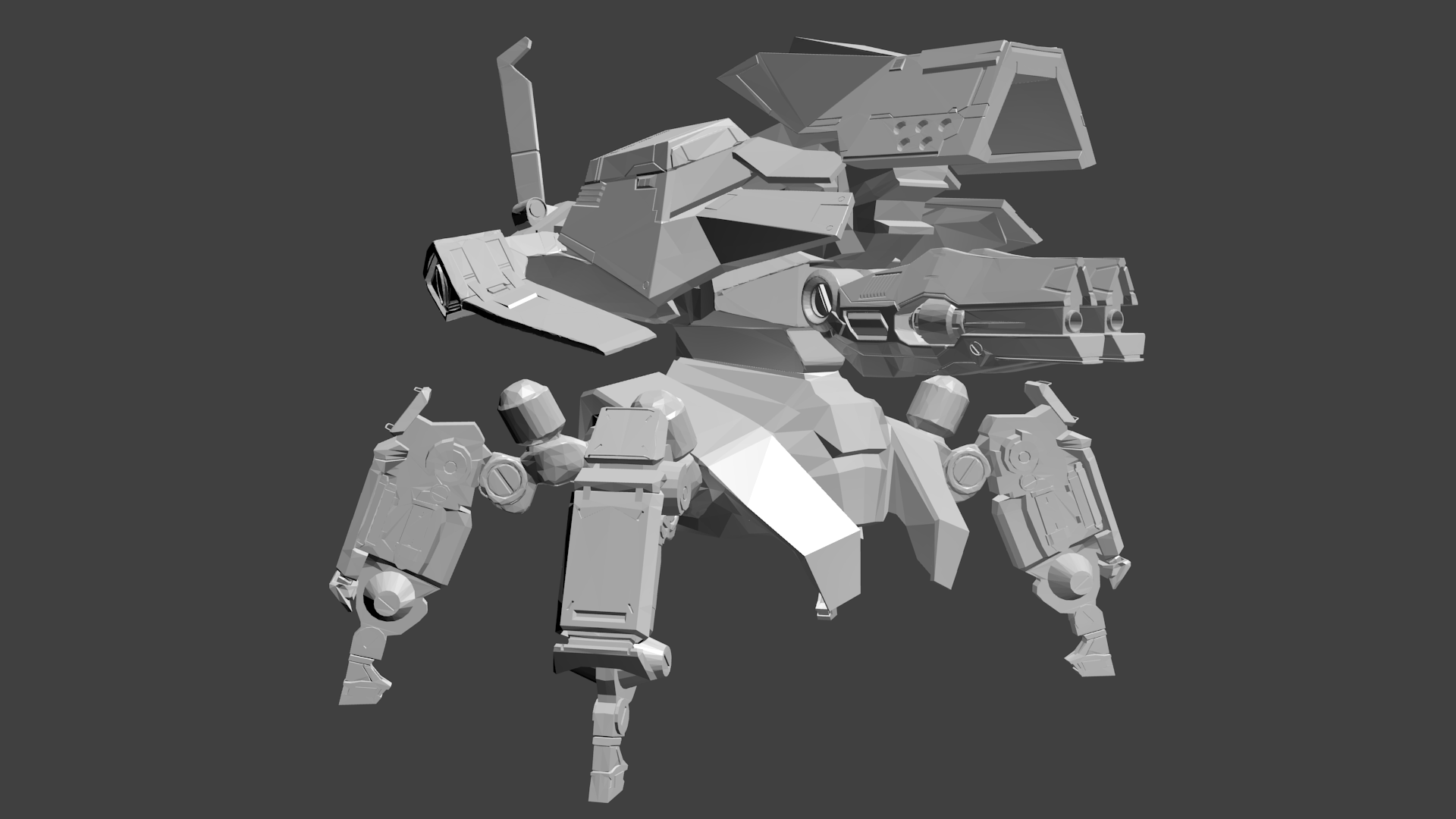 Fancy 3D-viewer, click/tap to load model (~10mb so give it a moment)

So it’s been a while since the last post and even longer since I wrote about what I’ve been working on. So I thought I’d go into some detail on one of the things I’ve been focused on since then.

As you might have seen in previous posts I’ve been doing a little bit of modelling but I’ve always felt my skills a bit lacking. So during the later part of last year I took it upon myself to do an advanced and functional 3D model which would include modelling (high- and low-poly), texturing and animations. The project wasn’t going to be used in any specific project so I was free to do anything really. I was interested in doing something mechanical and with that in mind I started looking through DeviantArt. I turned my focus towards robots and in the end fell in love with this one, also seen below. 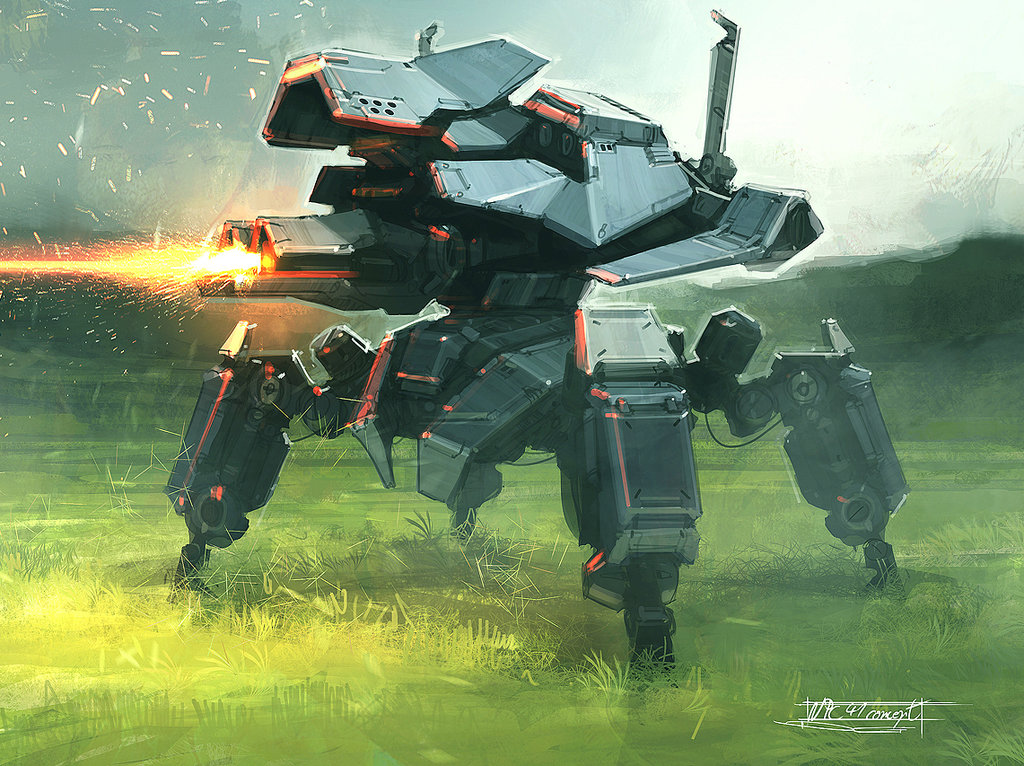 To help me get started I watched through a modelling course on CGCookie which uses Blender’s sculpting tool to create a high-poly model of the helmet. I decided to try the same techniques myself but even after many hours I just could not get used to the tools, I was struggling to keep surfaces flat while still being easily modifiable.

One of the problems I was having was to change the angle of a whole plane (while still keeping it hard-surface) which turned out to be pretty difficult when sculpting. The grease-cut tool which could cut out chunks of meshes according to the camera view, also heavily used in the previously mentioned course, was great… when it worked. A lot of times it gave me strange results or refused to work at all. Same with the boolean operations where one could add one mesh to another. So in the end, I returned to standard vertice-style modelling. 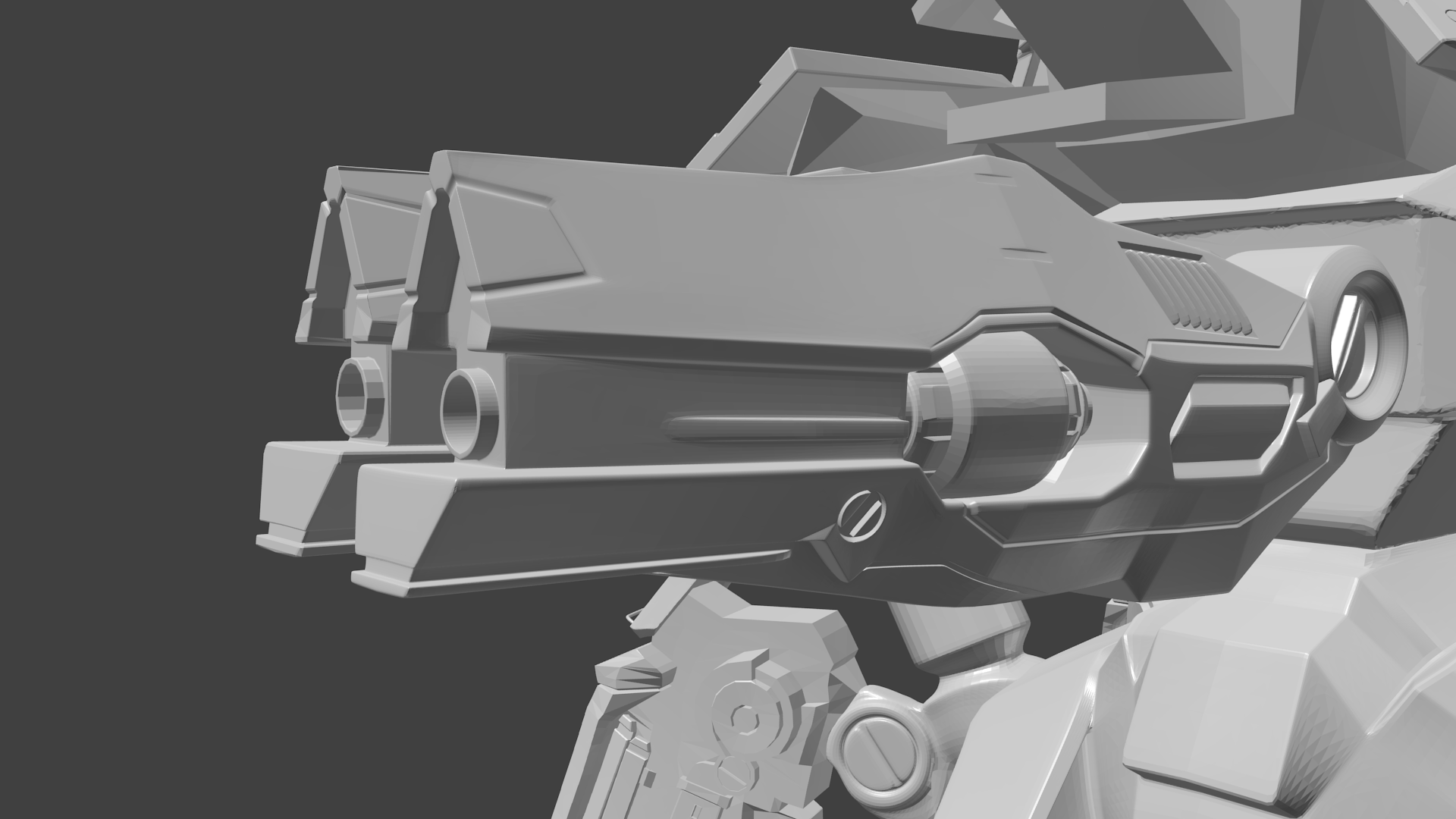 When I got to the point where I would start doing detailing I started to feel comfortable modelling, I was working faster and with better results; not to mention that it was a lot of fun! The basic detailing on the legs were done pretty early on and it took longer and looks worse compared to the head & side armor. I felt like I hit a turning point in my skill-level around the time I created the guns.

Still, there is a bunch of work left on the high-poly version while not mentioning all the remaining work with creating a low-poly version, texturing & animating. This project has been put to the side for the time being though while I’m working on a 10-week game project which I’ll go more into detail in the next post.

PREVIOUSReboxing an usb hub
NEXTThe start of a puzzle
Search