Ok, it’s time to get real nerdy. Time to talk longboard gear. My setup might not be perfect but these are the things I’ve found works for me.

One of the most important considerations is the simple question: how low can you go? It’s one of the main goals I’ve had when looking for a board before because the closer to the ground you can get the less energy you have to spend bending your knees to get down. Two things to look for is a dropped design where the actual board has a lowered platform and dropped trucks where the trucks are mounted through the board and screwed in from the top. 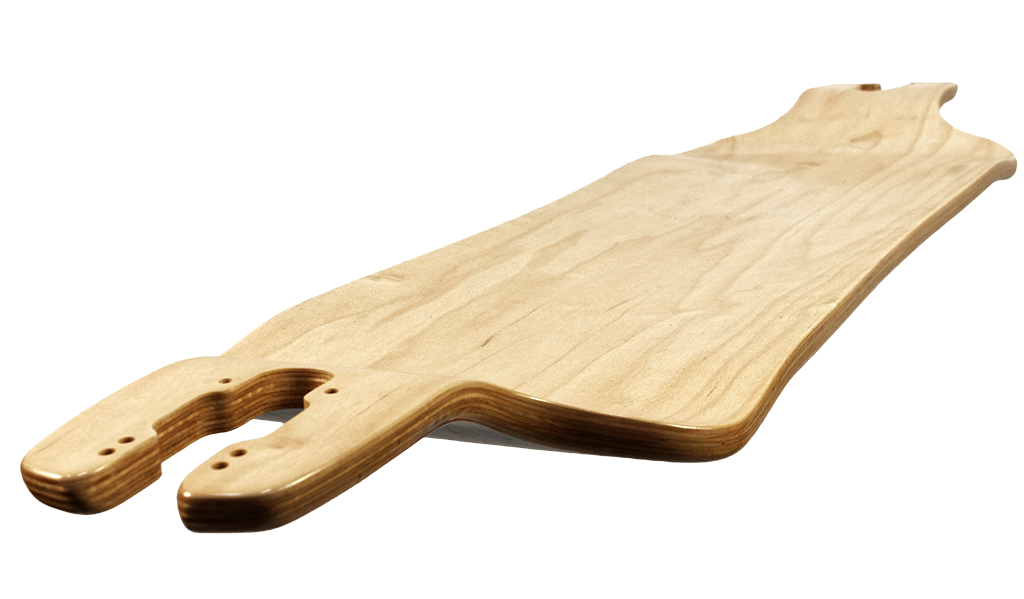 There are drawbacks though, mainly that a lower clearance will make it harder to handle bumps in the road and especially any curbs you might want to cross. Expect your boards underside to get plenty scratched if it’s really low. Low boards might be very stiff too which I don’t like myself so I prefer a board with a small amount of flex to catch some of the vibrations and bumps in the road.

The board that I’ve found I really like is the Subsonic GT40. Mine has a foam core to make it lighter and a carbon fiber bottom layer. With a little less than 5cm off to the ground it’s incredibly easy to push though I don’t think I’d want it any lower that that. It feels great to ride and it has held up well over the years.

Your options might be a bit limited though, mine was imported from the US. Longboard Larry has the Pusher 2.0 with either dropmount or topmount. Either seems to be just as awesome as the GT40 but is also difficult to find in europe.

Rayne is a bigger brand and more easy to find with their Demonseed being a good choice. It’s the board that my travelmate Fredrik uses though I find it a tad too stiff for my taste. G-Bomb creates nice brackets that can get you real low as well, I have one of their older sets and liked them but the newer ones have an even larger, better drop. 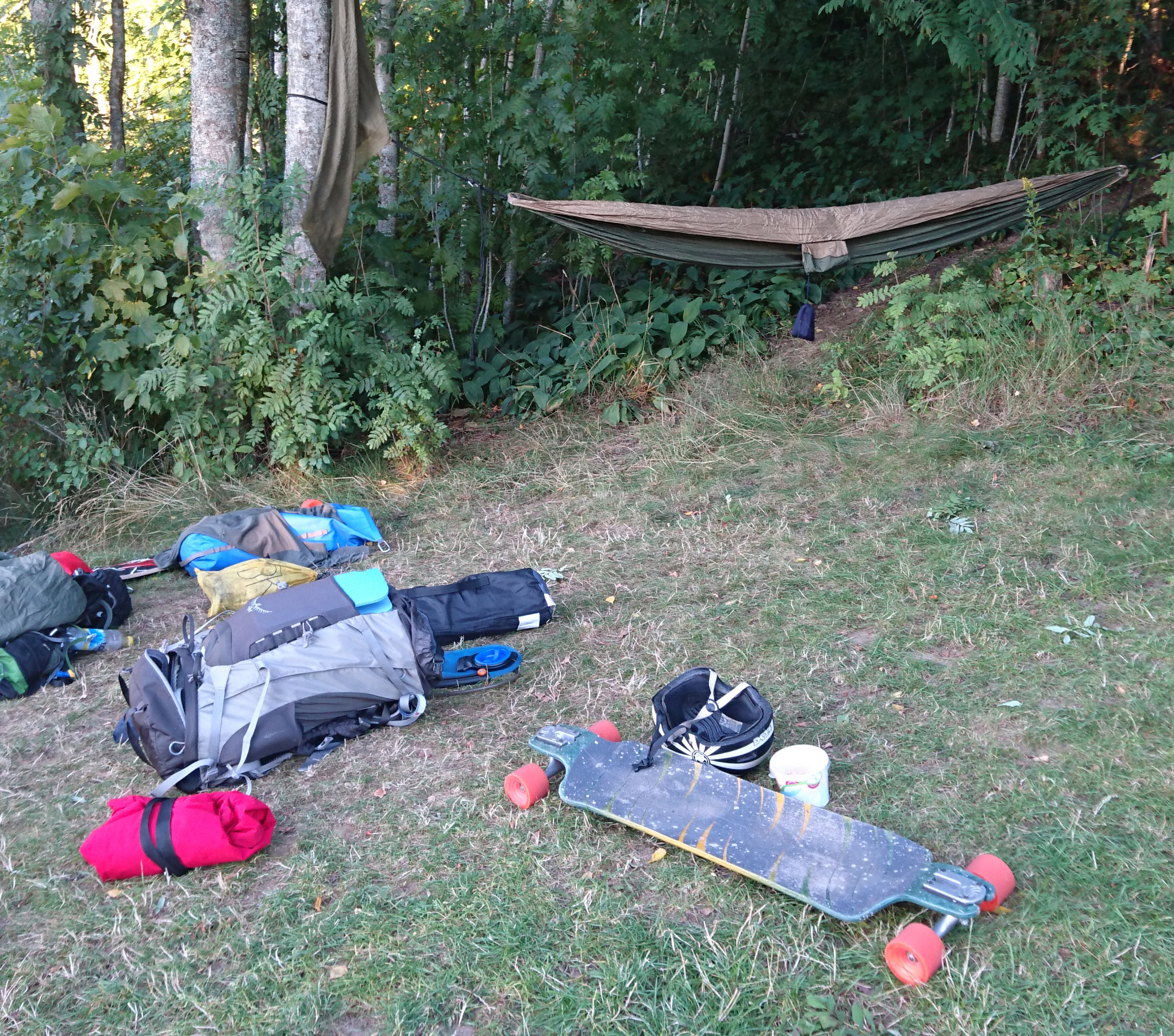 Don’t have as much to say there, I’ve pretty much always run with 180mm since they’re pretty stable at speeds. But going down to 150mm could be an option so you don’t accidentally trip on your wheels when pushing tired late at night. That’s happened a few times for me and it’s never fun.

Randal RII or Paris V2 are good old classics though I could only get the Paris to fit on my GT40. And I’ve been pretty happy with the stock bushings on the Paris trucks so haven’t felt the need to change them. Worth mentioning that I do run my trucks slightly tighter than several of my friends. I should mention that I also run a thin set of shock pads between the trucks and the board.

When it comes to wheels there seems to be differing opinion on size, some like large wheels and some don’t. Larger keeps speed better but takes more effort to accelerate. So depending on taste go for something between 75mm to 90mm.

And you want a smooth and grippy ride so a soft wheel with around 77-80A in durometer is good (it’s the measurement of how hard the rubber is). For me I’ve always been a fan of Orangatangs In Heats (75mm and 80A) but the Kegels (80mm and 80A) might be a better bet nowadays.

I always thought that the slightest amount of rain would ruin my bearings but I’ve learned that a good set can last you a long time. Only at the end of the Gothenburg-trip did the bearings seem to need a cleaning; and we had been riding in rain atleast once every day for 6 days. Get ones with built in speedrings and spacers so you don’t have to fiddle with lots of small parts, like the classic Biltin or Zealous. Both I’ve had good experiences with.

To clean them just drop them in cleaning alcohol, shake them about a little and let sit for up to an hour. Change alcohol if there is a lot of dirt in it, shake and let sit again. Finally let them dry and add either bearing oil or better yet if you want to be safe from rainy weather then lube them up with Phil Woods grease or similar.

We only got through the board in this post but there is still a lot more to talk about, like everything that goes into the pack! That’ll be in the next post.

PREVIOUSFinding and riding the road
NEXTAnd all the other gear
Search