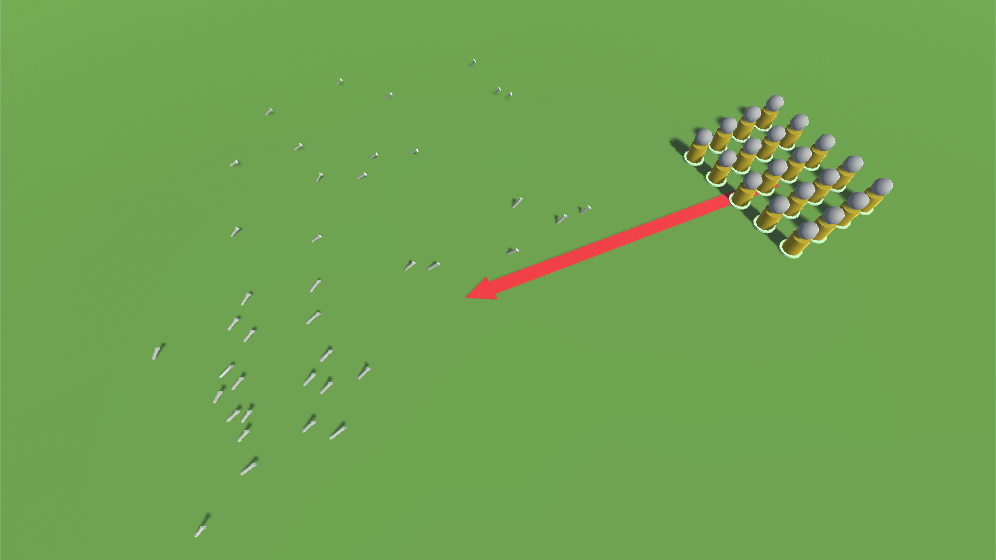 So I’m back from my great trip to the US and I’ve already been hard at work. I noticed that I forgot to give you some more info on the new project I’ve been fiddling with before I left though, sorry about that. So here’s a summary of the game: it’s a small scale RTS where you control a few groups of farmers fighting against the vassals oppressing them. Focus is on micro-management of the few units you have so it’s up to you to tell archers when and where to fire for example. The work in progress name MicroTactics might be a bit telling. A gif might be helpful otherwise:

The theme of the game is going to be based on feudal Sweden but with a design hint of feudal Japan as well. You control farmers that are fed up with the oppression and taxes from the local vassal owning the land they live on. You fight back against his military forces using (hopefully) superior tactics but you must also wander between farms and recruit other farmers to your cause. Right now I’ve only implemented what you can see in the gif which is selection of an archer squad, movement, orientation and firing; I have quite a ways to go of course.

I’m kinda designing the game as I go along so there are a lot of specifics I’m still unsure about but I have a general idea to guide me. I really want it to have a hint of a cute and wimsy style too, it shouldn’t be as serious as a Total War game for example. I haven’t given up on my previous project though, I will just work on both side by side.

On to something completely different, last friday I went to the Intel Buzz Worskhop in Stockholm and had an absolute blast. A full day of inspiring talks, interesting people and great games. The talks ranged between an introduction to VR and building a 2D game in Unreal Engine 4 to discussions on habit forming game design and how to represent hands accurately in games. And at the end you could walk around and check out the many great games developers were showing off. I can definitely recommend the event to anyone interested in game development, I’m looking forward to next years event! 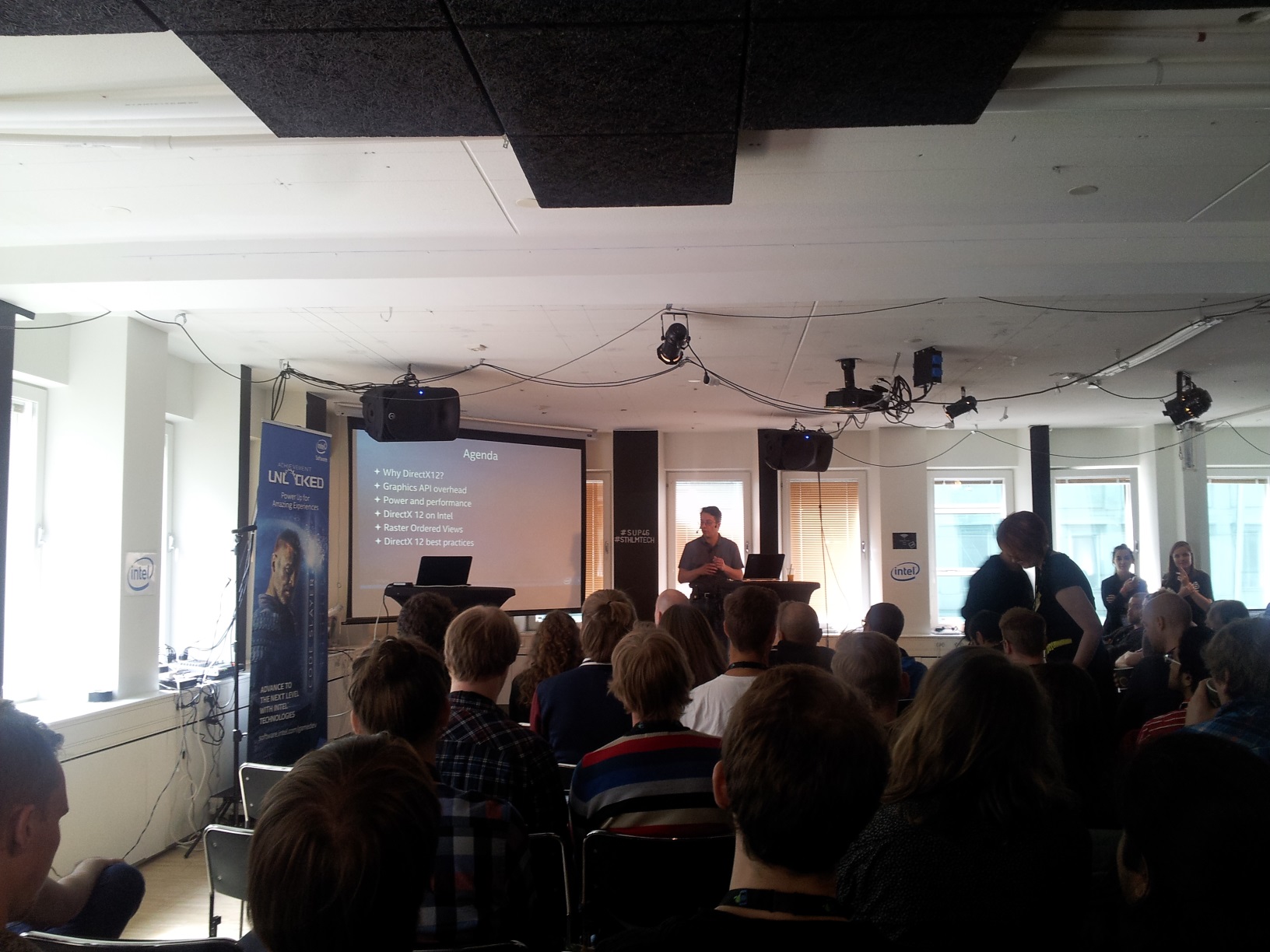 A presentation about DirectX12