Figuring out what to get someone for a gift is always hard. And even when you do know what to get it might be hard to find one that you think they’ll like. I’m having that issue with a few gifts this year which made me think of last year when I went a different route.

Because why buy when you can build something custom? 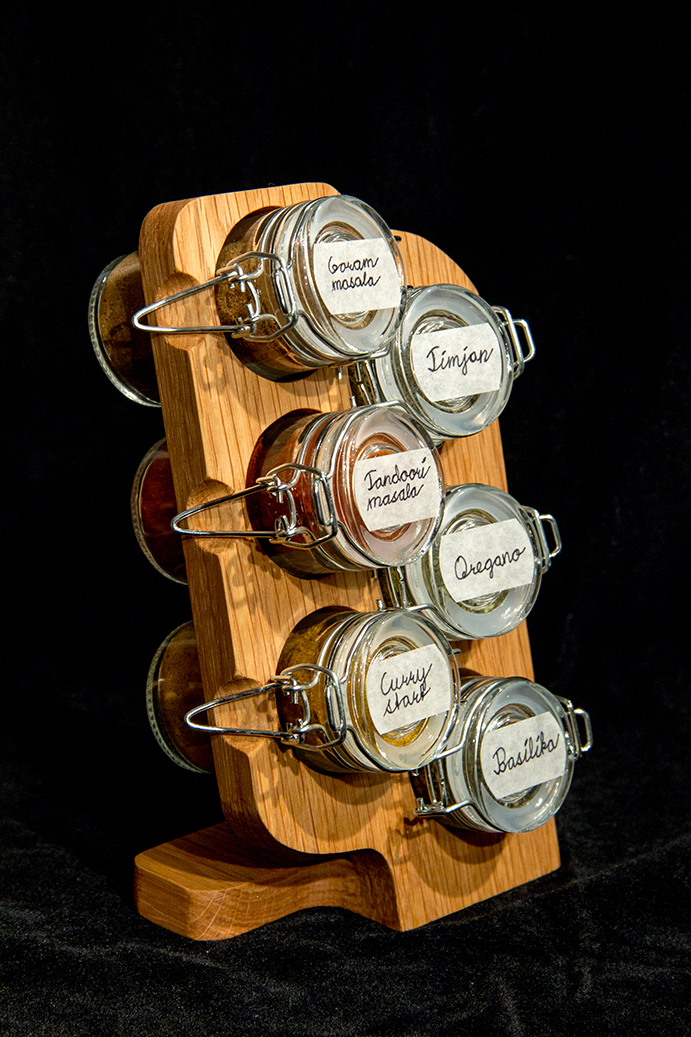 The above picture is a spice rack I created as a gift for my brother last christmas, he wanted something to give him easy access to his most used spices. A pretty simple construction built using oak and designed around the nice, small spice-bottles I found in a hobby store.

I felt that the bottles were a perfect size since you can easily fit a teaspoon in them but there is also no problem in using them freehand. 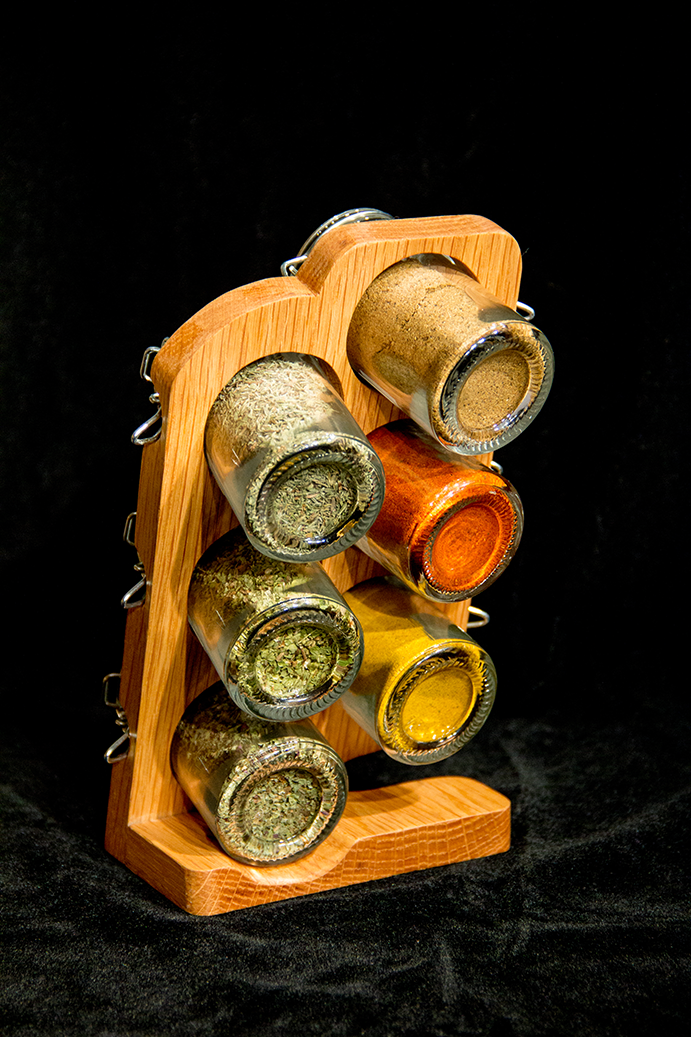 I was lucky enough to have a mitre saw which helped in getting the angle correct between the front and bottom pieces. The holes were cut out by first drilling an initial hole to get the contour saw blade in to do the actual circles. Used the contour-saw again for the rounded outer edges.

I did miscalculate a bit on the length of the front piece so that the bottom bottle didn’t fit, as you can see I had to improvise there. Finished it all up with a mix of honey and wax oil. 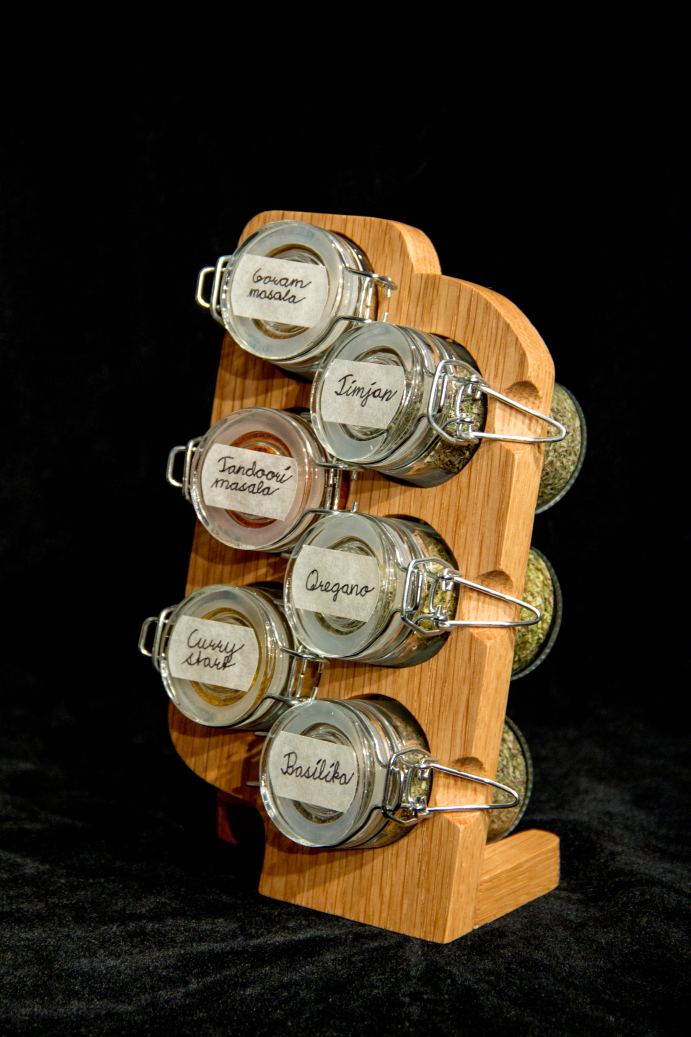 It did turn out smaller than I thought it would so redoing it I would add another column of bottles, possibly even another row. Just make it a bit bigger in general. Also, not make the mistake I did on the front part of course! Otherwise I’m really happy with the result.

I built two other gifts also that winter but I’ll write about them in the next post.