Giving away something you’ve made yourself is always an extra joy. As I mentioned in the last post I created a few gifts by hand last christmas, one was the spice rack written in the previous post and the two others were two puzzle cubes I made for my dad.

I found both puzzles, called half cubes and eight cubes, online at the great blog diypuzzles. In the first one you just have to figure out how to put them all together to form a complete cube. Easier said than done. The second one requires you to combine the cubes so that the symbols match on each touching cube face.

I built both puzzles in the same size which made things much easier since I could use the same piece of wood for both. So I used a roughly 2cm by 2cm plank, cut up in 2cm cubes for the eight cubes puzzle and slimmer 1cm pieces for the half cubes. 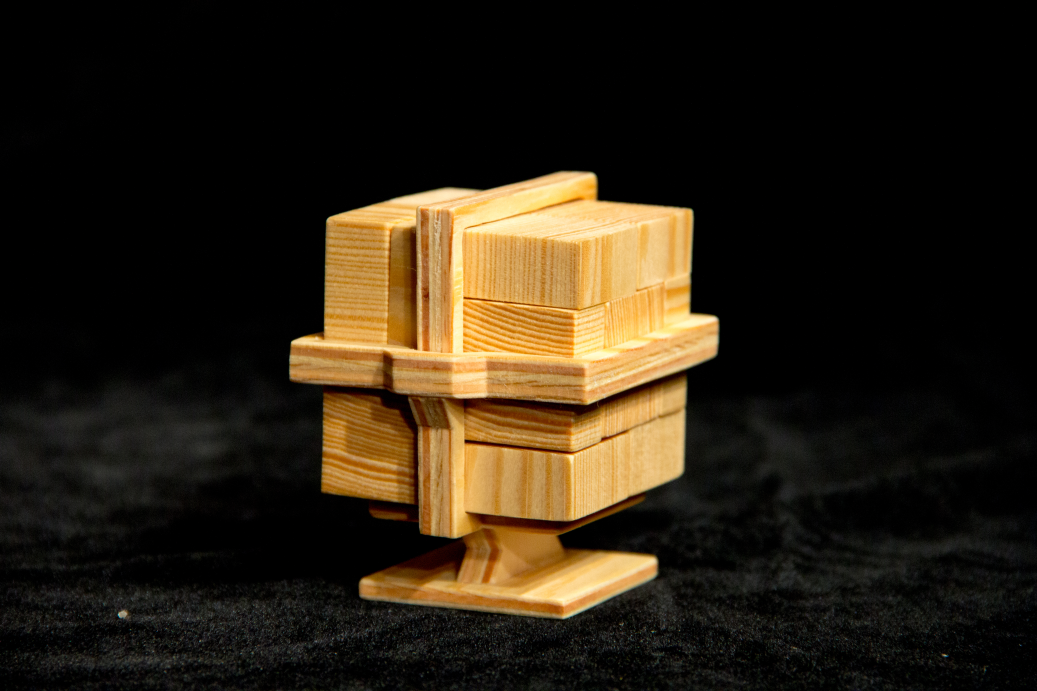 Gluing together the 1cm pieces correctly was a bit tricky, they didn’t come out matching together perfectly so I had to sand off a little on some parts. After that they fit together nicely. 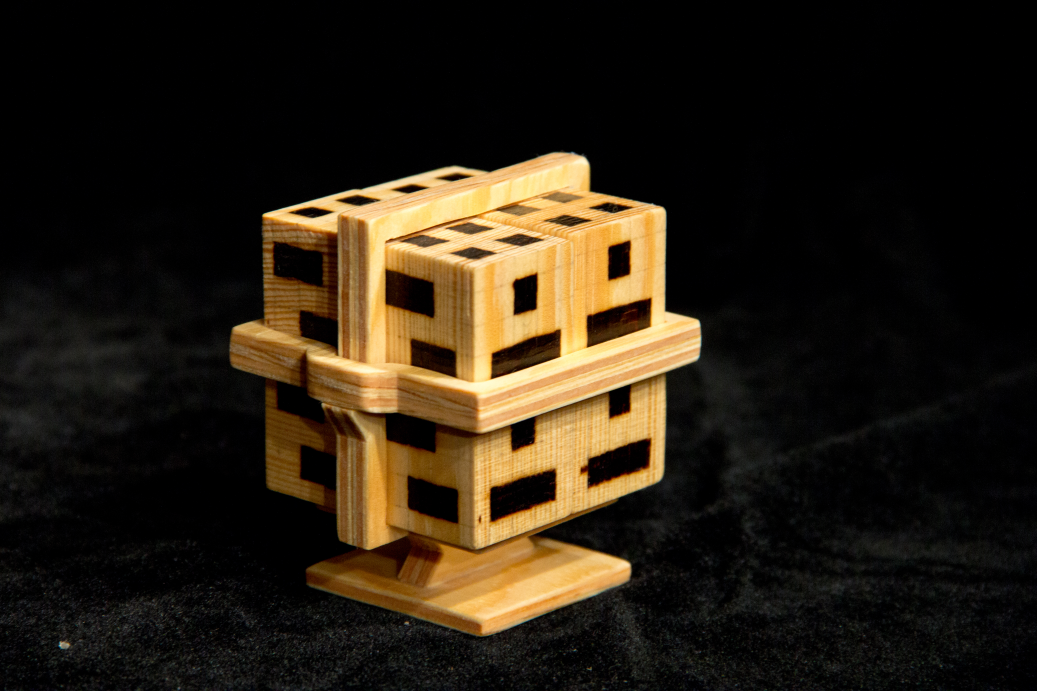 As you’ve probably noticed, there is more in the pictures than just the puzzles themselves. I didn’t like the fact that it was way too easy to accidentally drop and loose parts. And even if you’d find them all, in the half-cubes case you would still have to re-solve it to even put it back together again.

So I decided to create a holder for both, keeping them in place and something that could look nice as well. The design is all mine, I prototyped a 3D modell first before cutting them out of simple plywood (in two layers in some spots). It has a simple locking mechanism: lift the horizontal bar and slide out the parts from the side. Works just as well as I’d hoped.

It took a few days for both my brother and dad to actually solve the cubes, so they are a bit tricky. But easy enough to create and a great gift!