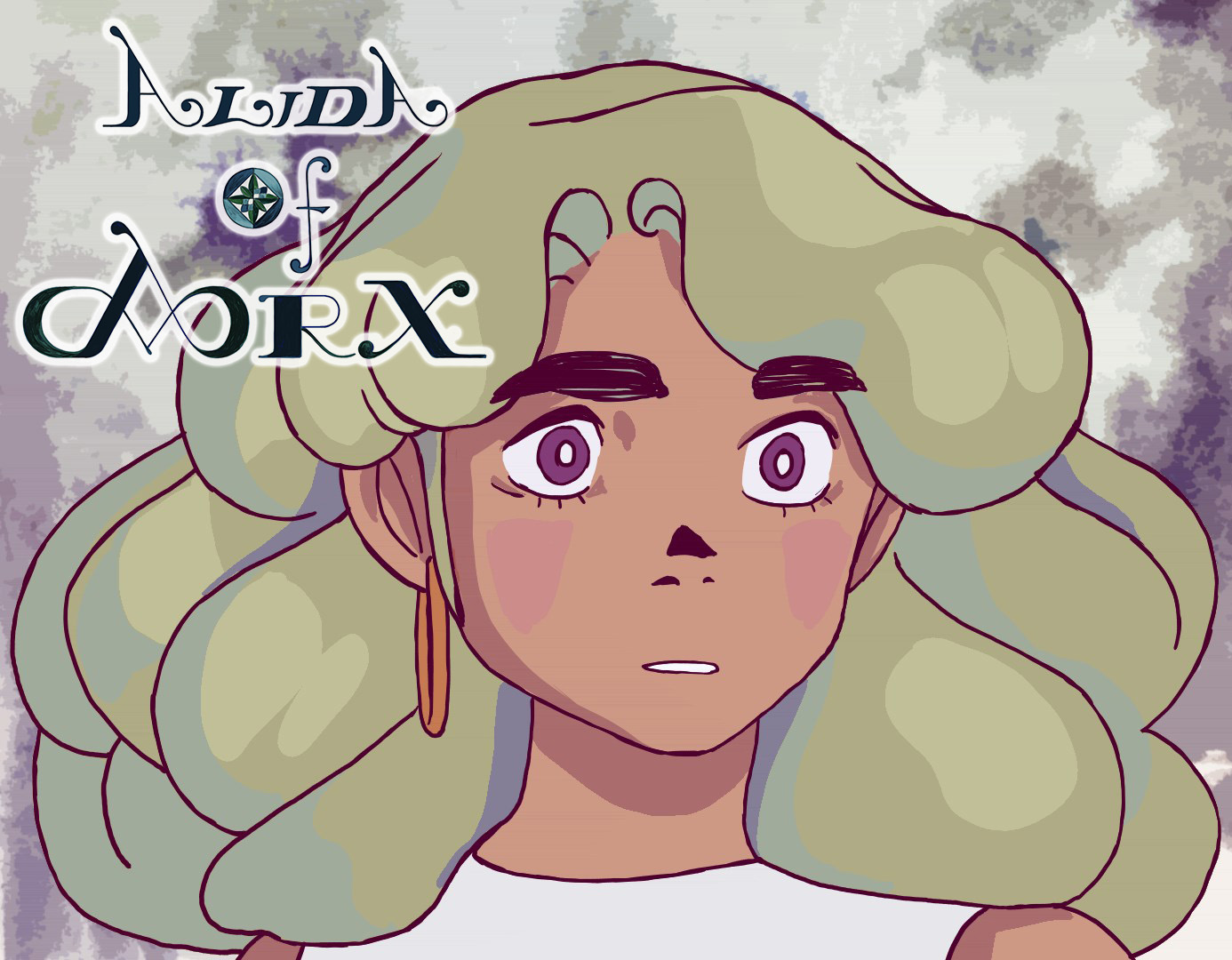 Want to play the game before you read about the development? Play it here!

Last weekend was the 41st incarnation of the Ludum Dare game jam and it was the first Ludum Dare I’ve been a part of. Me and Jonathan Smårs had penciled in the date a while back, planning on doing a game together. And we were able to book in a friend of Jonathans who does stunning illustrations but we were in even more luck as she brought her two sisters and an extra friend! It’s rare to be working with four people so stunningly artistic!

In addition to the already 6 us we also had Fredric, all-arounder extraordinaire, Jonas the coder and soundmaster Ulrik. And then add a few people who helped lend their voices to the game. So we were quite the group!

On friday we all met up at Jonathans place; full of hope, nervousness and pretty soon hamburgers. We grouped up on the big sofa and started going through how all this works (as this was the first jam for quite a few) and then started to figure out what to make.

Here me and Jonathan had come in with an idea already before hand. As the three sisters had already created a magnificent world and wonderful characters with their illustrations previously we were hoping to build on those to create a type of game that heavily relies on graphics: a point & click adventure game. 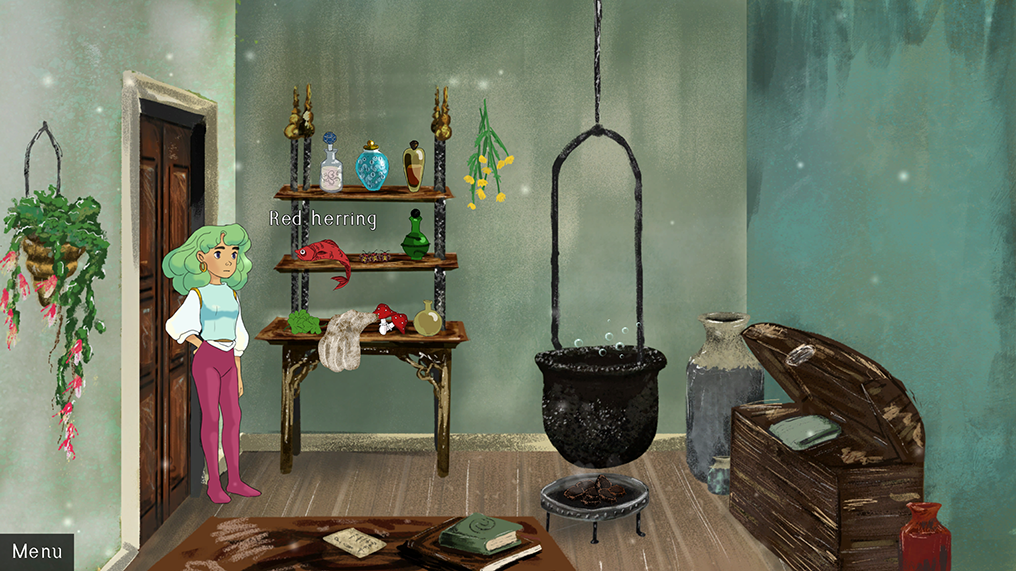 The first idea was to make a somewhat serious game that combined the darker, moodier themes in the drawings of one sister with the brighter and happier one of the other. The first puzzle would be to create a potion which would send the player in to the dark world where a disturbing dark figure (the one seen in the bad ending of the final game) would speak to you. After coming back, the bright world would have been infected with the darkness and the player would have to travel between the two to disconnect them again.

Nailing down a very rough draft of the game timeline, areas to explore and puzzles to complete was important to do early; otherwise it would be hard to know what needed to be done while still creating a coherent whole. And as we were discussing we decided that we might not be competent enough writers to make a strong serious game.

Instead we decided to go for the more lighthearted story of Alida having to complete the trials for her education, which she has completely missed. This was the design we decided on just before we went to bed around 2 am on saturday. 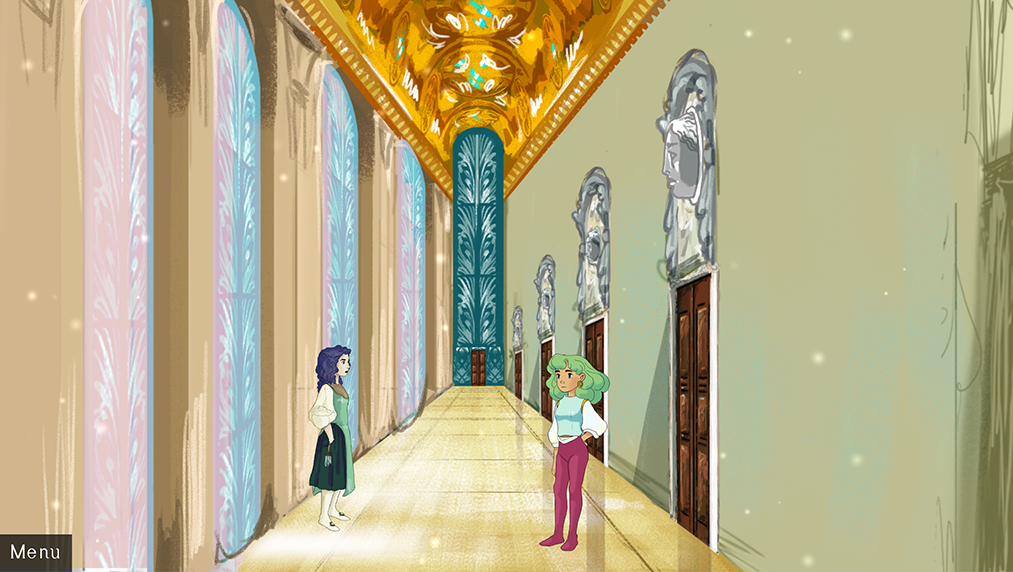 A quick note on the jam theme, as you might have noticed that I haven’t even mentioned it so far. The reason is because Ludum Dare announces it at 3 am on saturday in my timezone so we figured we would go ahead with our design and then possibly try to incorporate it after the fact.

And most people could only stay friday until late sunday so we didn’t want to lose any time. Easier said than done to integrate the theme as it was Combine 2 Incompatible Genres. Not a great theme in my opinion and definitely not a great fit for the idea we already had. Nonetheless we figured we might try to get in chess as a boardgame-mix but that part turned out incredibly light on gameplay in the end.

Jonathan and I pushed for having a fully playable game by saturday night so sunday could be focused on polish. It turned out to be a tall order as there was much to implement and we still had ways to go when evening rolled around. Yet we had a good pace which carried on through sunday so that on sunday evening we had mostly everything working and at an ok polish level. On monday a few of us did some remote work on putting in the final touches, getting in the last of the voice over and fixing some bugs.

And that voice over was no small feat either, the game contains over 250 lines of dialog so Bennita did a great job as the main character who had the bulk of them. And I got a few lines myself as well that I got my awesome brother Daniel to help me with.

This was the first time anyone had really used the Unity addon Adventure Creator for a game. Luckily, it didn’t take to long to get used to. The tool is a great help in that it already has classical point & click systems built in, with node-based scripting, inventory items, save system, etc. I had prepared a little by going through some tutorials beforehand which was smart, that decreased the amount of time spent on reading up during the event.

One of Adventure Creators best features is how it handles character text and voice lines. The tool can gather up all the text, set id-numbers to each line and then export scripts as HTML-documents. When importing the voice-lines you just have to use the right character and line id-number and the game would figure out the rest. Brilliant.

On the opposite end we found that the node-based scripting system lacked a few node types for operations we wanted to do; like disabling an object or starting a particle-system. Jonathan learned that he’s really itching to create his own adventure game tool :) 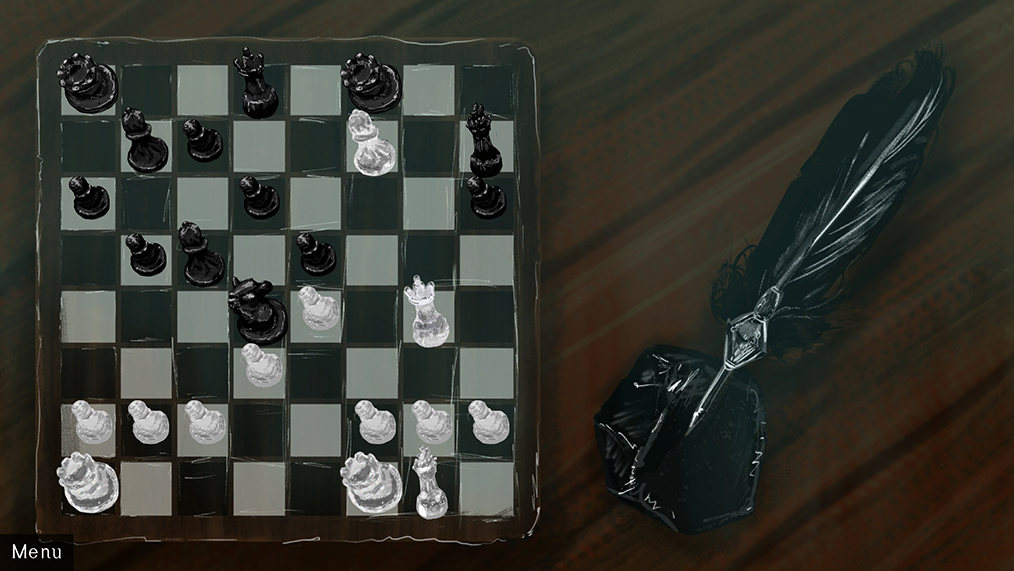 In the end, I’m very proud of what we were able to accomplish. Like most projects there are a lot of things I’d like to improve on but nothing big enough to be gamebreaking. And the feedback seems to be pretty positive already which is always fun.

And I can’t say this enough: everyone who had their hand in this project did an absolutely outstanding job and really worked their butts off. So mostly I’m just looking forward to the next game jam where I hope a few if not all of them will join again!

And again, you can play the game here!